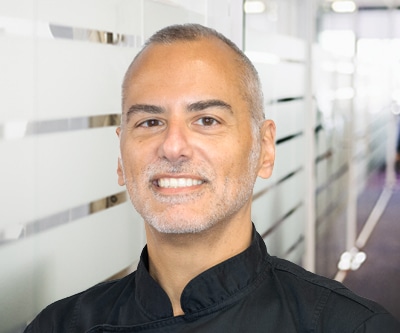 For over twelve years, Executive Chef Phil Kastel served as Executive Vice President of Culinary for L.A. based Grill Concepts, Inc.; owner and operator of The Grill on the Alley, The Daily Grill and the Public School brands, along with The Ritz Prime Seafood in Newport Beach and Point Restaurants (Laurel Point in Studio City and Wewatta Point in Denver).

As the culinary vision behind the fast-growing Public School gastropubs, Chef Kastel served as the co-creator of the concept that was named 2017 Nation’s Restaurant News "Hot Concept" for innovation, rapid emergence in the marketplace, and consumer appeal. Public School, which marks each gastropub by area code suffix for distinction, currently has locations in Downtown Los Angeles (213), Culver City (310), Westlake Village (805), Sherman Oaks (818), Dallas (214), Las Vegas (702), Atlanta (404), Addison (972) and Denver (303). Across all concepts, Chef Kastel was responsible for culinary operations of twenty-nine restaurants nationwide.

Prior to Grill Concepts, Chef Kastel served as Executive Chef of Hillstone Restaurant Group (DBA Houston’s, R&D Kitchen, Bandera, Palm Beach Grill, Gulfstream, etc.) where he was responsible for kitchen operations, menu development and training. While at Hillstone, Chef Kastel opened additional locations for each of the brand’s chains and developed future management teams for each.

Chef Kastel has appeared on several local, regional, and national talk shows and culinary news segments and has been featured in several publications. The Public School and Laurel Point locations have served as the fundraising ground for The Michael J. Fox Foundation’s annual Team Fox ‘Raising the Bar’ events throughout Los Angeles, raising hundreds of thousands of dollars in the fight against Parkinson’s and drawing out the Entertainment Industry elite for the cause. 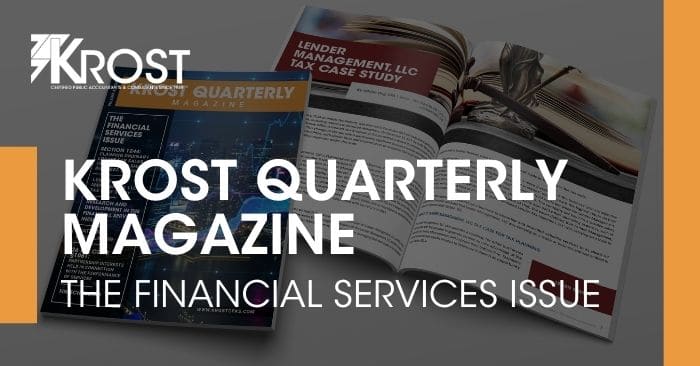 We are happy to announce the release of our newest quarterly magazine! The Financial Services Issue highlights some of the hot topics in financial services including Section 1244 claims, the Lender Management, LLC case study, research & development, waterfall calculations, IRC Section 1061, and FinTech trends. What You’ll Find Inside this Issue: Section 1244: Claiming Read the full article… 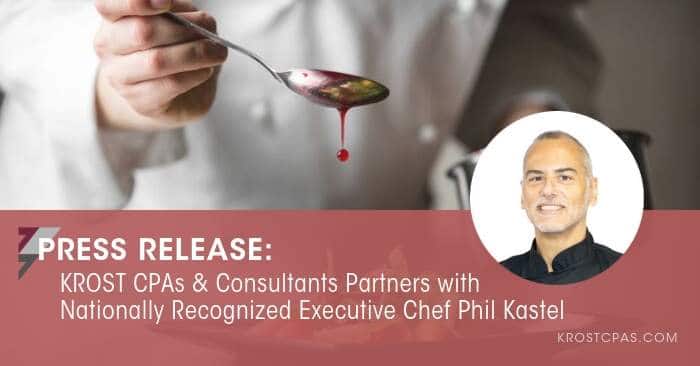 Los Angeles-based tax and accounting firm, KROST, recently brought on restaurant industry titan Chef Phil Kastel (co-creator of nationally recognized Public School gastropubs) who will serve as the firm’s Restaurant and Culinary Consultant. Established in 1939, KROST has a long history in the restaurant space having pioneered accounting technology that was the precursor to what Read the full article…