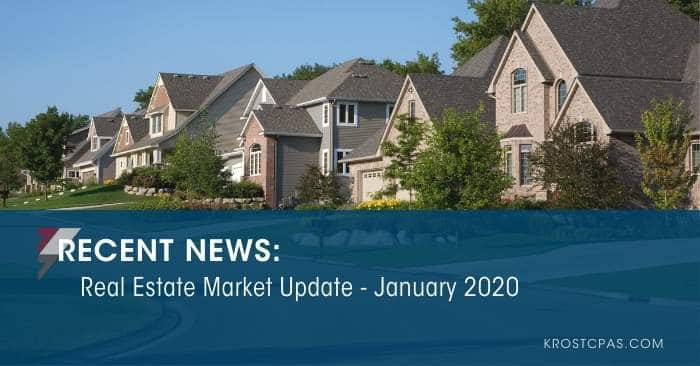 30-year and 15-year fixed rate mortgages are conventional home loans generally featuring a limit of $484,350 ($726,525 in high-cost areas) that meet the lending requirements of Fannie Mae and Freddie Mac, but they are not mortgages guaranteed or insured by any government agency. Private mortgage insurance, or PMI, is required for any conventional loan with less than a 20% down payment.

Existing home sales, though, remained sluggish. The National Association of Realtors reported a 1.7% November decline, following a revised 1.5% retreat in October. The Census Bureau announced that new home sales increased 1.3% in November, partly making up for a 2.7% dip.2,3

New home construction was up in November. Housing starts rose by 3.2%, and the rate of building permits issued accelerated by 1.4%.2

For more information and a full Economic Update, visit KROSTwealth.com

If you have questions regarding our real estate services, schedule a call today.