Susan Feniger and Mary Sue Milliken were inducted into the Menu Masters Hall of Fame at a celebration in the Grand Ballroom of the Drake Hotel. Owners of the Border Grill Restaurant Group were awarded for their contributions to innovative menu dishes, design and influence on the restaurant industry. Feniger and Milliken have worked together for three decades and are known for “elevating the conversation about Mexican food and their commitment to creating a sustainable food environment”, according to NRN editors. 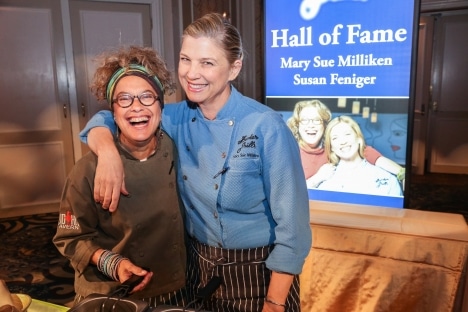