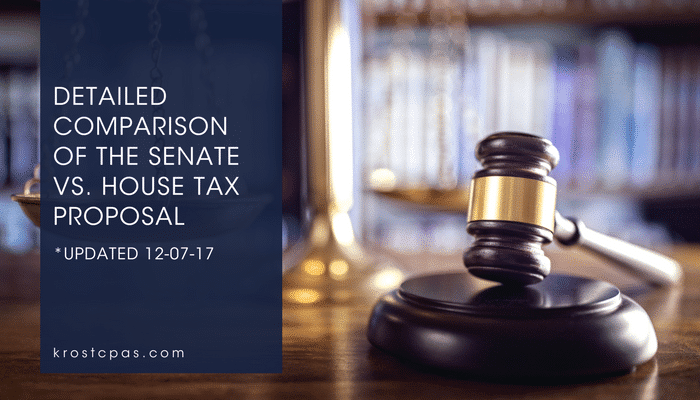 The Senate modified the Tax Cuts and Jobs Act with a vote of 51-49 on December. The article has been updated to reflect these changes.

• Individual Tax Rates, Standard Deduction, & Personal Exemptions
The House version would reduce the brackets to 4: 12%, 25%, 35% and 39.6% while the Senate Bill would remain at 7 but with different thresholds. The standard deduction would also double to $12,000 for individuals and $24,000 for married couples. The personal exemptions would be repealed.

• Alternative Minimum Tax Repealed
The AMT would be repealed and would allow a taxpayer to claim a refund of any remaining credit carryforwards (if applicable) through 2022. However, the Senate bill has retained the AMT with an increase in the exemption amount.