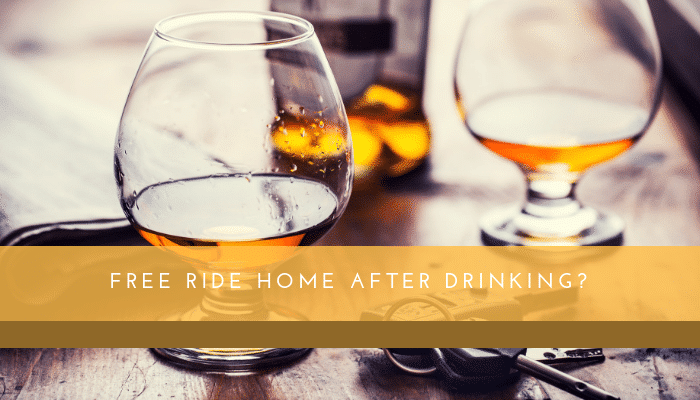 In 2015, alcohol-impaired driving (involving a driver or motorcycle operator with a blood alcohol concentration (BAC) of 0.08 grams per deciliter or higher) contributed to 914 deaths or 28.8% of all traffic fatalities in California. On January 1, 2018, California joined 44 other states and the District of Columbia allowing free rides for alcoholic beverage consumers when AB-711 (an amendment to Section 25600 of the Business and Professions Code, relating to the Alcoholic Beverage Control Act) went into effect.

Last year, Lyft and Anheuser-Busch partnered to offer rides home to 10,000 patrons across 33 “safe ride” programs nationwide. Consumers (of legal drinking age) in New York, for example, obtained a unique code shared on Budweiser’s Facebook & Instagram channels every week to get a $20 ride credit with Lyft. They entered the code through a smartphone app to apply for the credit against Lyft rides taken between 5pm-5am local time Thursday, Friday or Saturday nights during the promotional period.

Although we haven’t seen announcements for similar partnerships in California yet, this bill had support from organizations such as the Taxicab Paratransit Association of California, Lyft, and beer manufacturers. We expect similar partnerships will be launched this year in California because this amendment is designed to reduce the number of traffic incidents involving a driver or motorcycle rider operating a motorized vehicle under the influence of alcohol.

Ask your beer distributor for free ride coupons from manufacturers for your patrons.